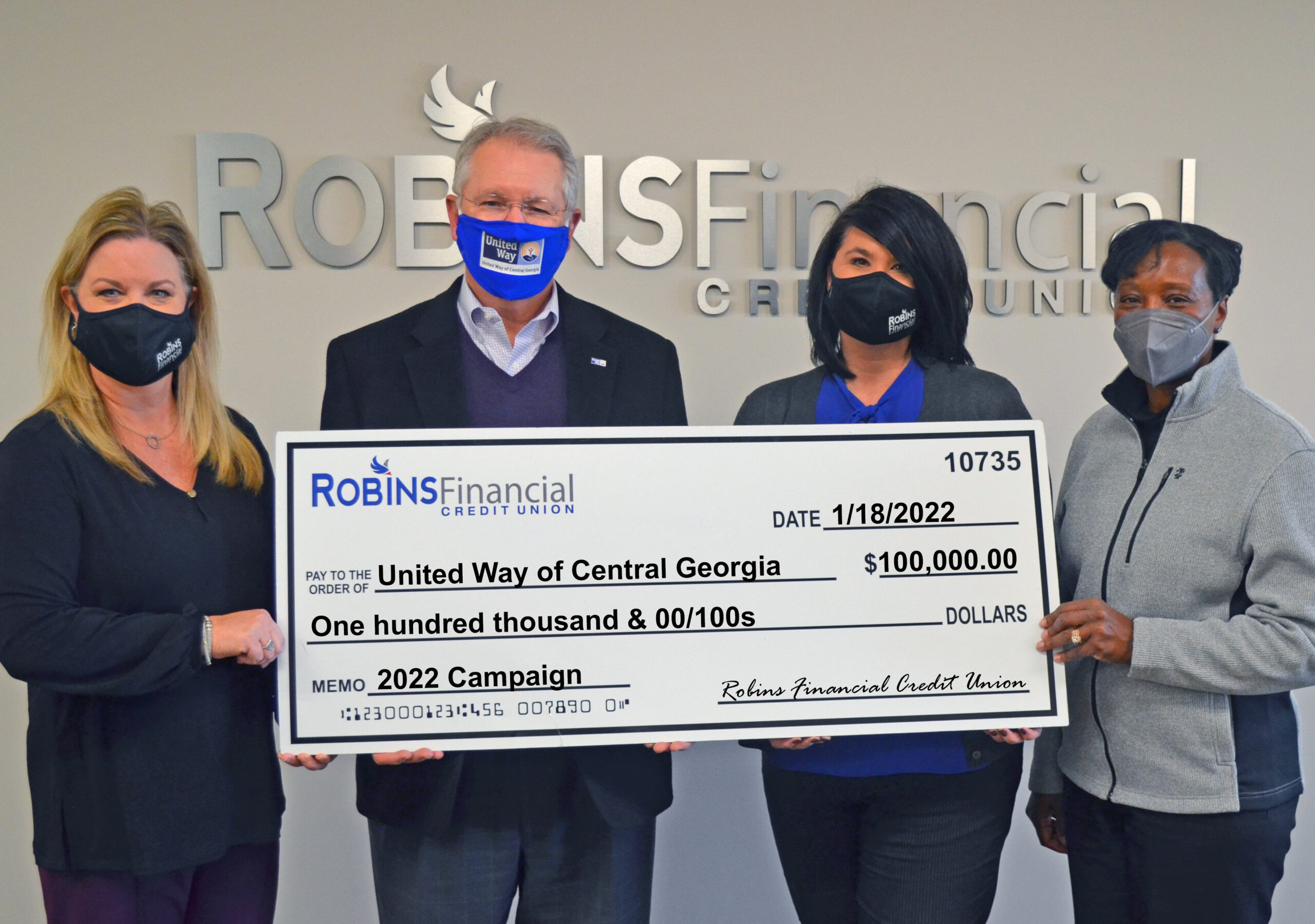 Robins Financial Credit Union holds an annual employee fundraising campaign. This year, a total of 77% of the employees pledged over $64,000 from their campaign. This amount, along with other donations, brought the overall total raised to $100,000 to honor United Way of Central Georgia’s 100th Anniversary.