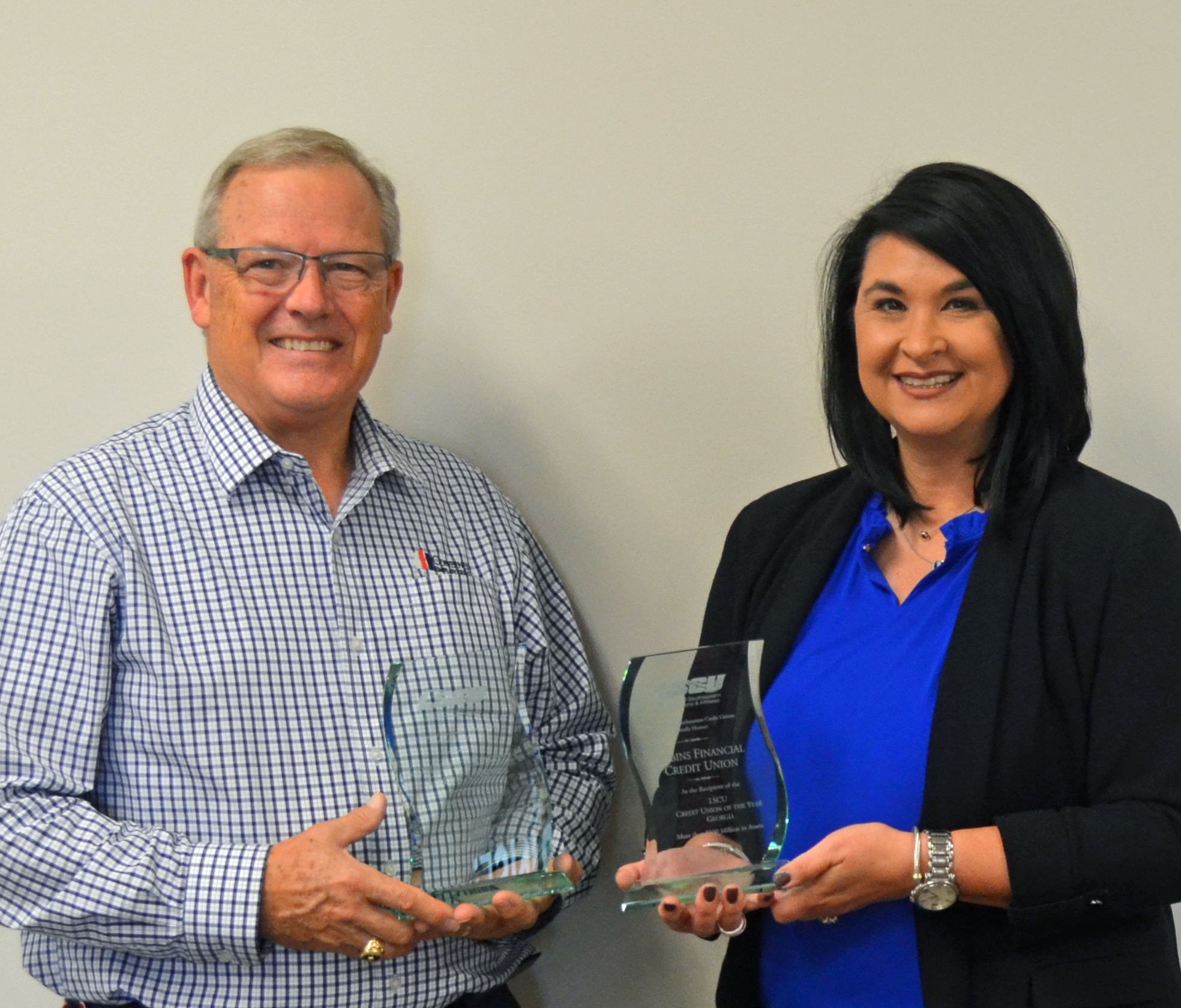 Robins Financial has been the trusted financial partner that their members and the community rely on to meet their needs since 1954. Originally formed by a group of Robins Air Force Base civilian and military personnel, Robins Financial has grown to now serve over 245,000 members, with assets exceeding $4 billion.

“We are honored to be recognized as the Credit Union of the Year,” said Christina O’Brien, President and CEO of Robins Financial Credit Union. “This award reflects and acknowledges the hard work of our team who is dedicated to living out our mission to be member focused, financial partners and community proud.”

“We were honored (and surprised) to learn that we had been selected as the recipient of the award,” said Robby Glore, President and CEO of Combined Employees Credit Union. “This award was earned by our CECU team as they are committed to working with members and dedicated to truly help our members afford life.”