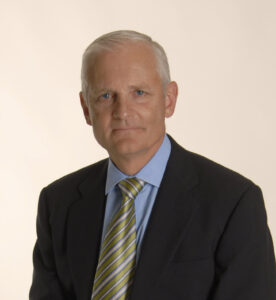 MIRAMAR, Fla. – Richard Helber, President and Chief Executive Officer of Tropical Financial Credit Union, has announced he is stepping down from the role after 12 years.  He is retiring after 40-plus years working in the credit union industry.

Helber joined the credit union in 2010 at the height of the great recession when Tropical was $530 million in assets.

“He guided us through some tough times and put Tropical on a path of growth and innovation, resulting in us recently topping $1.0 billion in assets,” said Rick Wisniewski, Tropical’s Board Chairman. “He’s leaving us in great financial condition and on a solid course for the future as he moves into retirement.”

“Leading Tropical has been a highlight of my career,” Helber said. “There’s been no better group of people to work with and no better cause to work for than improving the financial lives of our members.”

In addition to his 42 years in leadership roles with credit unions, Helber has also held board and volunteer positions on the National Automated Clearing House Association, League of Southeastern Credit Unions, National Credit Union Foundation, American Red Cross – (Broward and Tampa Chapters) and Rotary Clubs (in Weston and Tampa Florida).

The Board of Tropical concurrently announced that Rick Shaw, Tropical Financial’s current EVP/Chief Operating Officer, has been appointed as the President/CEO role effective May 1st. “Shaw has proven capabilities and will provide continuity in executing our strategy,” said Wisniewski.

Helber will continue to be engaged with Tropical Financial to provide transition leadership through the end of the year.