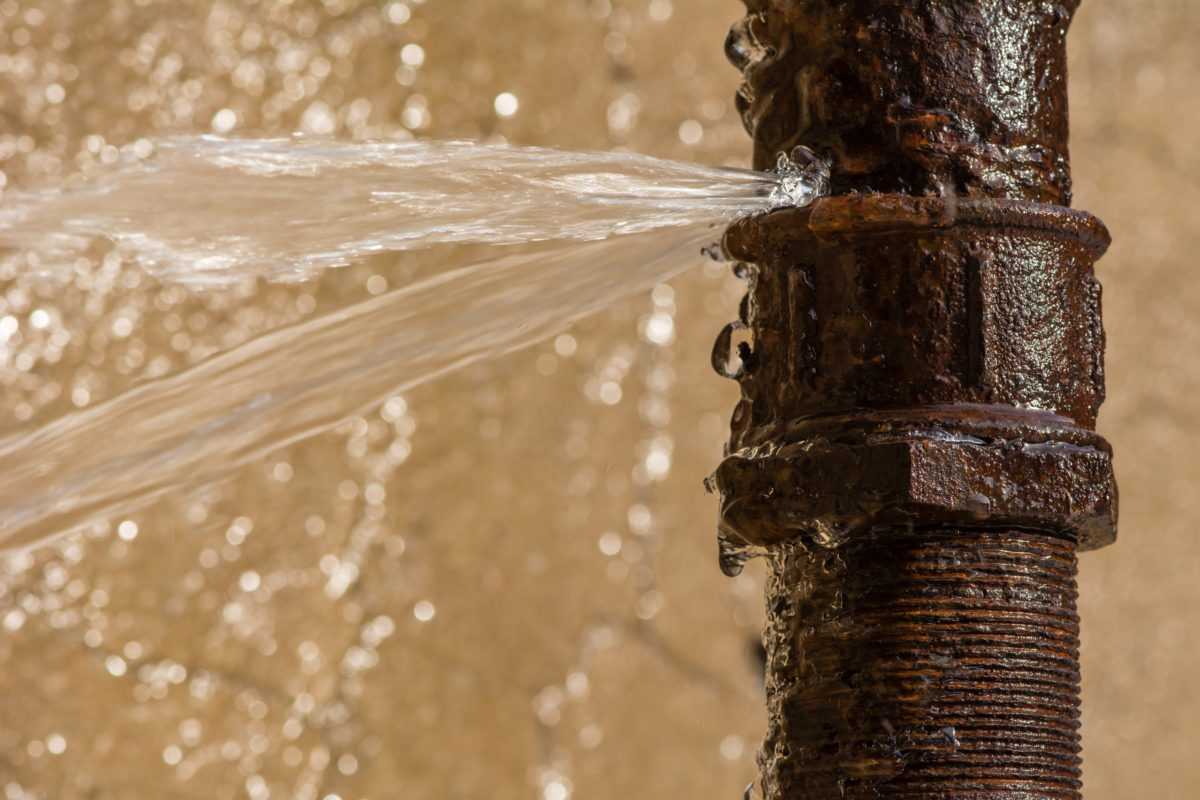 The following post contains advice from Angi Christensen Harben, the Director of Communications for Georgia Credit Union Affiliates. When she was younger, a credit union stepped in and supported Angi’s finances and life. Now, she enjoys supporting credit unions and spreading the financial wisdom she’s gained.

I walked out to the garage and something wasn’t right. There was a pool of water, and it was spreading. I could hear a faint gushing sound and it took a second to sink in.

It was the dreaded busted pipe (insert ominous music here).

It was also freezing. The kind of freezing that turned the water pouring out over my driveway into a sheet of ice before long, and it made the next hour an uncomfortable exercise in frigid futility as I frantically searched for the water shut-off valve.

I learned a few valuable lessons that night. First, you should know where your home’s main water shut off valve is before you need to find it. (If you don’t know where yours is, go find it now. It’s probably somewhere in the vicinity of the water heater.) Second, I am not as graceful under pressure as I like to think. Thirdly, it is imperative to have some money stashed away for such things.

I’ve heard financial planners advise people to have a fund built up that could completely cover all living expenses for three months, six months, eight months or even a year. I live in the real world. It would take me so long to reach the goal of an eight-month emergency fund that I’m not even going to try.

But I have formulated a strategy that will at least get me a bit of a cushion next time an emergency comes up.

While I was waiting for the plumbers to arrive, there was a knock on my door. It was my neighbor telling me he noticed the water in my yard the night before and now had the same problem at his house. He was wondering where the water shut off valve might be located. “Check near the water heater,” I said, like I knew what I was talking about.

“I just don’t have the money to deal with this right now,” he muttered as he walked away in search of the water valve.

Next time, I will.