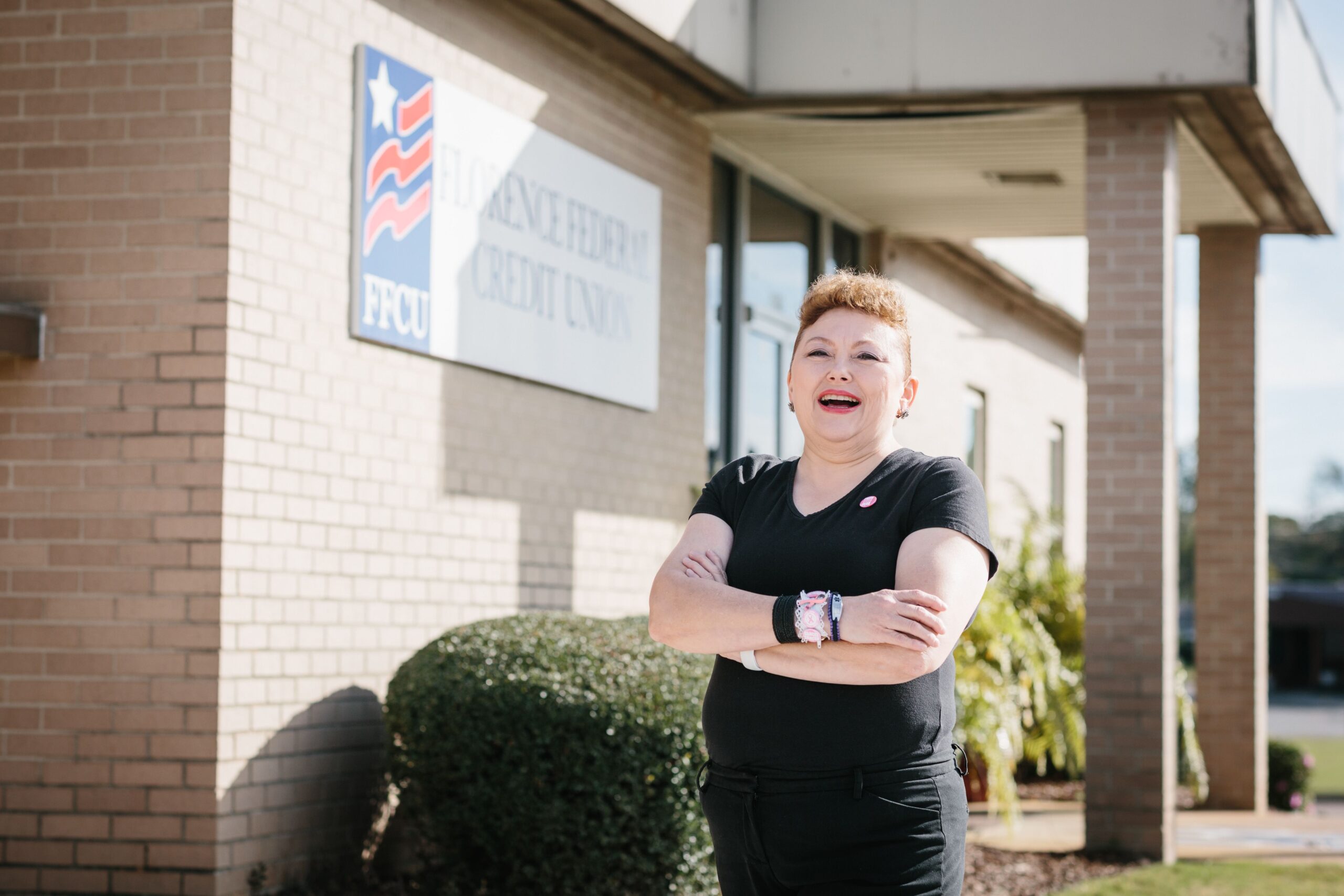 Moira has been a Florence Federal Credit Union teller for just shy of a decade, though the word “shy” does not describe her at all. She is vibrant, gregarious, tenacious. Moira demonstrated this to the world in November of this past year, when she was diagnosed with breast cancer. By the end of that same month, Moira had already returned to Helen Keller Hospital for a lumpectomy and returned home that very afternoon. She underwent twenty-one rounds of radiation treatment at the Singing River Cancer Center, and was given the all-clear to ring the Cancer-Free bell on March 11, 2021, only four months later. …Did we mention she continued working all the while?

Finding support in the many organizations of our community (Shoals Community Clinic, Alabama Breast and Cervical Cancer Screening Program, Alabama Breast Cancer Medicaid, and the BRAT Pack ) and in her friends, coworkers, and family, Moira has held tightly onto the vibrant spirit that makes her the person she is. Outgoing, passionate, and unbeatable – that’s how we like our Moira!

From our employees to our members to our community in the fight against cancer, FFCU stands with you.