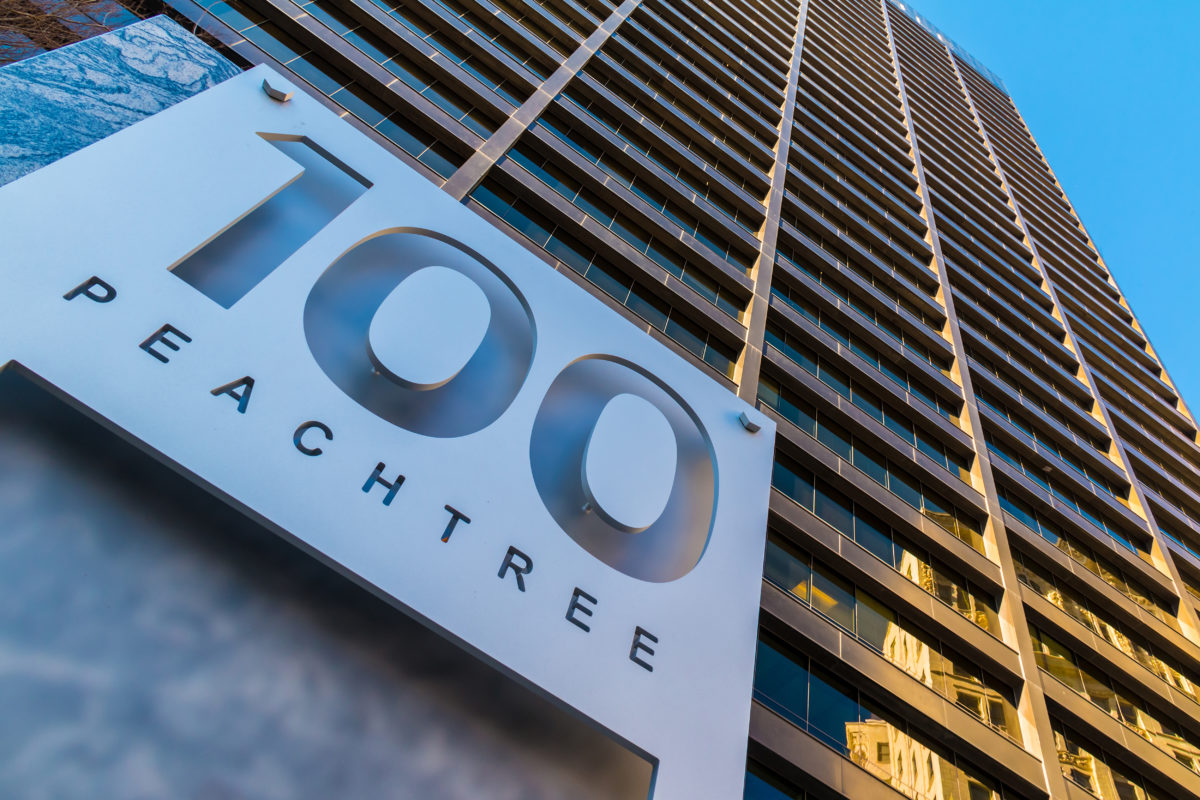 Georgia’s Own Credit Union’s logo will officially be placed on top of the 100 Peachtree building in downtown Atlanta on Saturday, according to an Atlanta In Town article.

The new sign will replace the recognizable “Equitable” sign that has graced the building for years and has already been removed. A Sikorsky S-64 Aircrane helicopter will begin installing the new steel structure to support the LED lights that will spell out Georgia’s Own’s logo on the top of the building.

The entire project is scheduled to be completed in early 2019.

Also featured in: Atlanta In Town