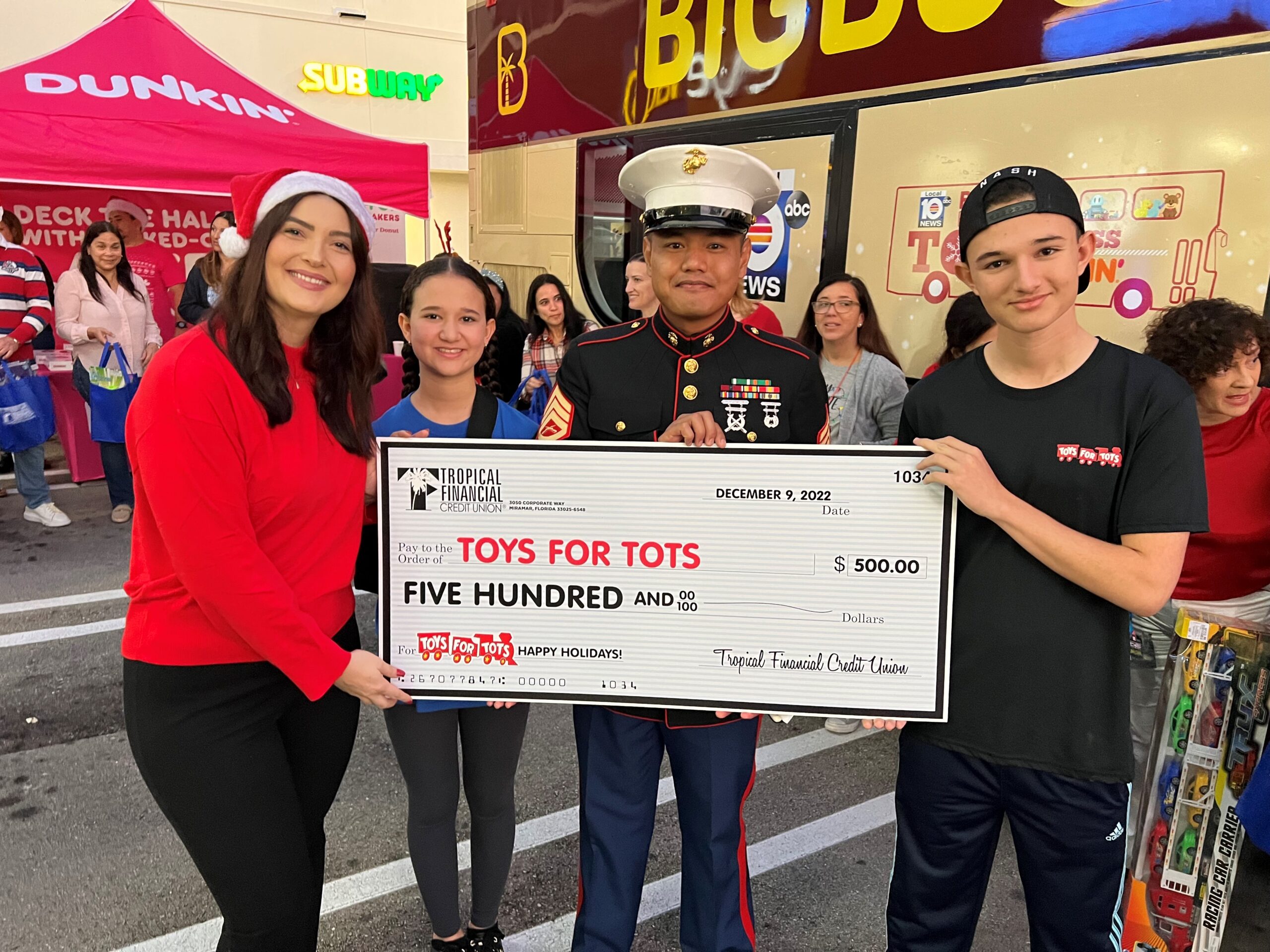 CORAL SPRINGS/MIRAMAR, Fla. – (December 14, 2022) Tropical Financial Credit Union is proud to support Toys for Tots organized each year by the U.S. Marine Corps Reserve. This year, the Miramar-based credit union donated $1,000 in cash to the program and approximately 1,000 toys that will be distributed to less fortunate kids in the South Florida community.

The credit union partnered with WPLG-TV Local 10, the ABC affiliate in South Florida, for its Big Bus Toy Express. On Friday, December 9, the bus festooned in holiday colors, stopped off at several pre-determined locations in Miami-Dade and Broward County to pick up toys and checks collected during the weeks prior. Tropical Financial branches in Kendall and Coral Springs served as the first and last pick-up spots, respectively. The TV station did live reports from each location throughout the day, encouraging viewers to stop by and drop off new, unwrapped toys.

The participating branches had youth choirs singing holiday songs and Santa Claus on site to create a festive backdrop for the marines and volunteers who gathered the donated toys and loaded them on the bus. Tropical Financial presented a $500 check at each location.

“We are once again proud to partner with WPLG and the U.S. Marine Corps Reserve to support Toys for Tots,” said Amy McGraw, vice president of marketing/Chief Experience Officer. “This is something our members and employees rally around each year. Helping the community is in our DNA.”

Employees of Miami-Dade County government played a significant role in Tropical’s toy drive this year.   During two recent events the credit union hosted for employees, they were invited to hang a Tropical Financial-branded ornament on a Christmas tree.  For each of the 500 ornaments placed, the credit union bought a toy to donate to Toys for Tots.  The remaining 500 of the 1,000 toys that were collected came from members and employees. 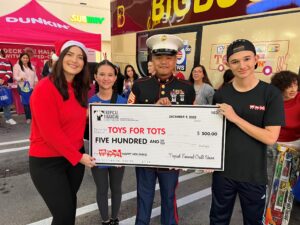 Photo caption 1:  Kara Yaquinta of Tropical Financial Credit Union presents a check for $500 to the U.S. Marine Corps and youth ambassadors of the Toys for Tots program. 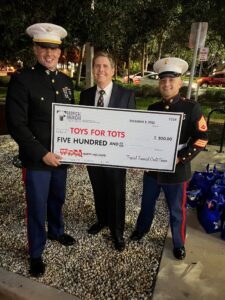 Photo caption 2:  Rick Shaw, Tropical Financial CEO, presents a check for $500 to the U.S. Marine Corps to benefit the Toys for Tots program.

Based in Miramar, Florida, Tropical Financial Credit Union is a not-for-profit financial institution whose deposits are federally insured. Anyone who lives or works in Miami-Dade, Broward, Palm Beach, Martin, St. Lucie, Lee, Collier, Hendry, and Sarasota Counties is eligible to join. Tropical Financial Credit Union formed in 1935 by employees of the former Southern Bell with just a few hundred dollars and has grown to $1.0 billion in assets as of June 30, 2022.  For more information, visit www.tropicalfcu.com.