“We were extremely pleased with the number and caliber of candidates for this year’s recognition.  As we have grown accustomed to since this program’s inception in 2012, far more than 10 nominations were received and likewise, there were far more applications than honoree slots. Each application was carefully reviewed by a panel of judges that found the task of only choosing ten honorees challenging,” shared Chamber Board Chair Adam Smith, Senior Vice President and Commercial Banker with Synovus

Being born and raised in Cherokee County Albrecht is passionate about giving back to the community who made him who he is today. You can find him volunteering his time on the Cherokee County Educational Foundation Board, Relay for Life, Children’s Miracle Network and attends various Chamber events along with other community outreach initiatives spearheaded by Credit Union of Georgia.

Albrecht also has an impressive career in the financial industry. His passion for finance began while earning two Bachelor of Business Administration Degrees in Management and Finance at Valdosta State University and working at SunTrust Bank during his last two years at school. Shortly after transferring to the North Atlanta area Albrecht began his career with Credit Union of Georgia as a Member Service Representative and quickly worked his way up to Branch Manager before becoming Director of Lending and later taking on the role of VP of Finance and Accounting and most recently, President and Chief Executive Officer of the Credit Union. He later went on to earn his Master’s degree in Business Administration from Kennesaw State University where he graduated with honors.

Albrecht currently resides in Canton with his wife Lindsey, two daughters and newborn son. He looks forward to growing new and existing professional and personal friendships for years to come. As the Credit Union continues to grow, he looks forward to gaining new experiences and giving back to the community through his work because, as Albrecht stated, “you can only truly grow if you are willing to go outside your comfort zone.” 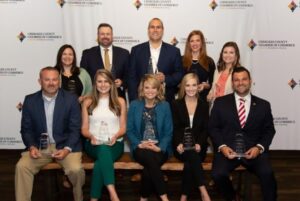 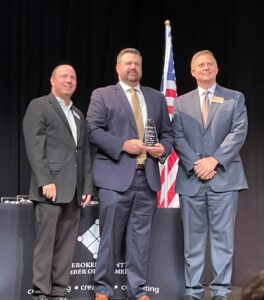 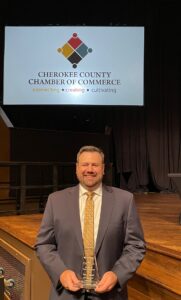 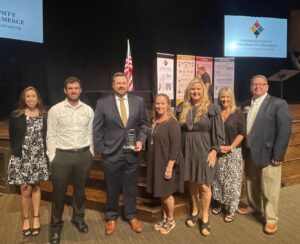