In his new role, Shaw will be responsible for all consumer, business, and mortgage lending, and oversee collections. His focus will be to align the lending functions with the credit union’s long-term strategic goals.

Shaw joined Tropical Financial in 2015 from Union Federal Savings Bank in North Providence, Rhode Island.  The last eight-and-half-years there, he served as President/CFO.  Union Federal was the internet banking arm of the First Marblehead Corporation in Boston, Mass. 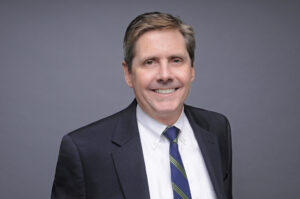 Shaw, a CPA and attorney, earned both his undergraduate degree in accounting and a J.D. degree from the University of Florida.

“Rick did a tremendous job for us as CFO and he is the right person to lead our lending division,” said Richard Helber, president and CEO.

Tropical Financial is a not-for-profit credit union that is owned by its members.  It offers a full suite of financial services including mortgages, auto loans, personal and commercial loans, credit cards, as well as checking and money market products.  Anyone who lives or works in one of nine Florida Counties, including the tri-county area of South Florida, is eligible to become a member.

Based in Miramar, Florida, Tropical Financial Credit Union is a not-for-profit financial institution whose deposits are federally insured. Anyone who lives or works in Miami-Dade, Broward, Palm Beach, Martin, St. Lucie, Lee, Collier, Hendry and Sarasota Counties is eligible to join. Tropical Financial Credit Union was formed in 1935 by employees of the former Southern Bell with just a few hundred dollars and has grown to $850 million in assets. For more information, visit www.tropicalfcu.com.