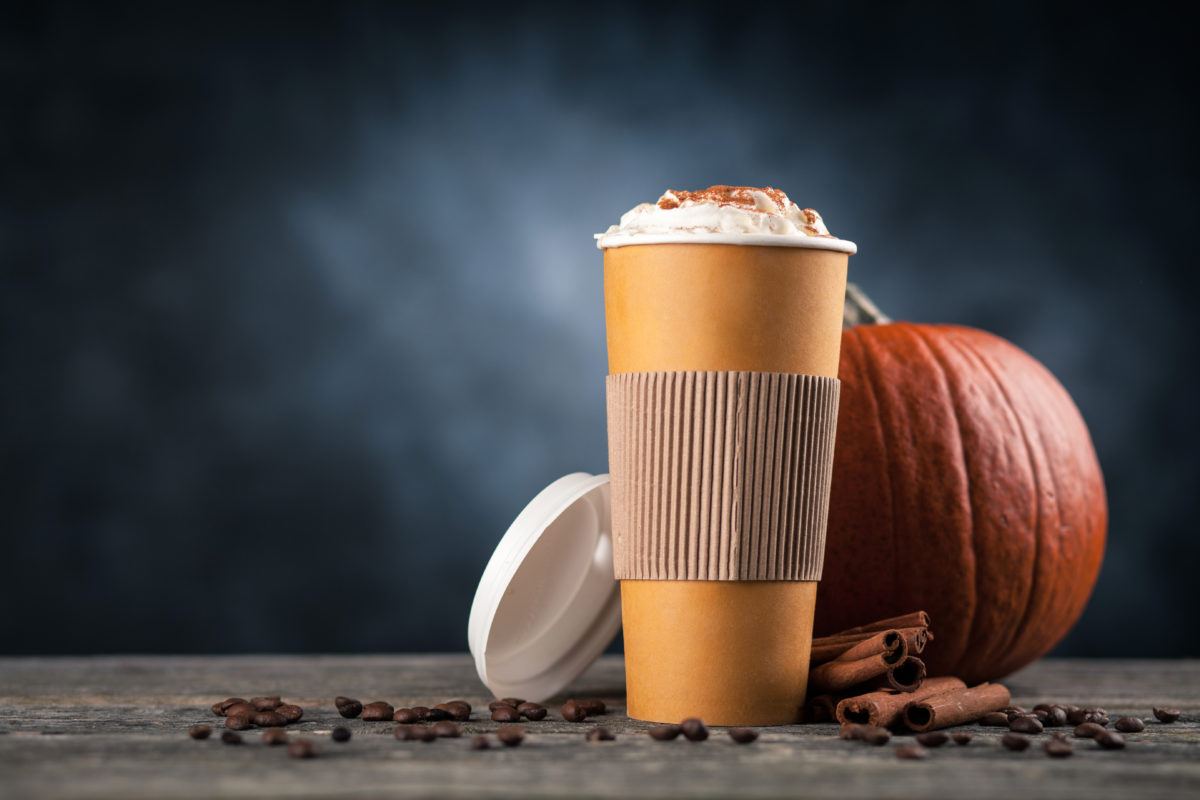 If you’re a coffee treat lover, Starbucks’ No. 1 fan or social media’s basic portrayal of a millennial excited for fall — then you know that the coveted Pumpkin Spice Latte has made its return.

This year’s official #PSL launch date was Tuesday, Aug. 28, which is the earliest Starbucks has launched their fall favorite since it debuted in 2003. The early launched sparked media speculation over the coffee giant’s motives (seriously — Business Insider even published this graph showing PSL release times.)

Fall, is it really you?
Pumpkin Spice Latte is back. #PSL pic.twitter.com/QOERFzWRgJ

But, as a customer, you likely don’t care much about the business decisions behind Starbucks’ release of your favorite fall-time drink. Your reaction probably fluctuated between:

Because let’s be honest: Starbucks is not known for its reasonably priced coffee beverages. A Tall (12-ounce) Pumpkin Spice Latte varies by location, but generally costs between $4.25 and $4.45.

So let’s say you pick up a PSL on your way to work each Friday starting this week and ending when fall does on Dec. 21. And let’s assume you indulge today, too. I know that first day hype is getting to you.

That means you’d spend between $76.50 and $80.10 on Pumpkin Spice Lattes alone this season, making for a pretty expensive fall addiction.

But no worries. It doesn’t have to cost you a small fortune to get a constant drip of pumpkin throughout Autumn.

Here are some places you can get your pumpkin spice caffeine kick for less:

Dunkin Donuts. ($1.59 +) Dunkin’ Donuts has a pumpkin flavoring that servers can mix into any coffee beverage, including hot and iced coffee, espresso, Frozen Coffee and Cold Brew coffee. The chain also sells Pumpkin Spice K-Cups, so you can take that fall flavor wherever you go.

Cracker Barrel. ($2.69) Select Cracker Barrel locations around the country released a limited time fall menu this week. It features a hot or iced Pumpkin Pie Latte garnished with whipped cream, cinnamon and spices. If you’re perusing the Cracker Barrel store before or after your meal, you can also pick up a bag of Pumpkin Pie Coffee grounds for $8.99.

McDonalds. (about $2.39) Get ready for McFall! In its bid to compete on the craft coffee scene with McCafe, McDonalds releases its Pumpkin Spice Latte around the same time as Starbucks each season.