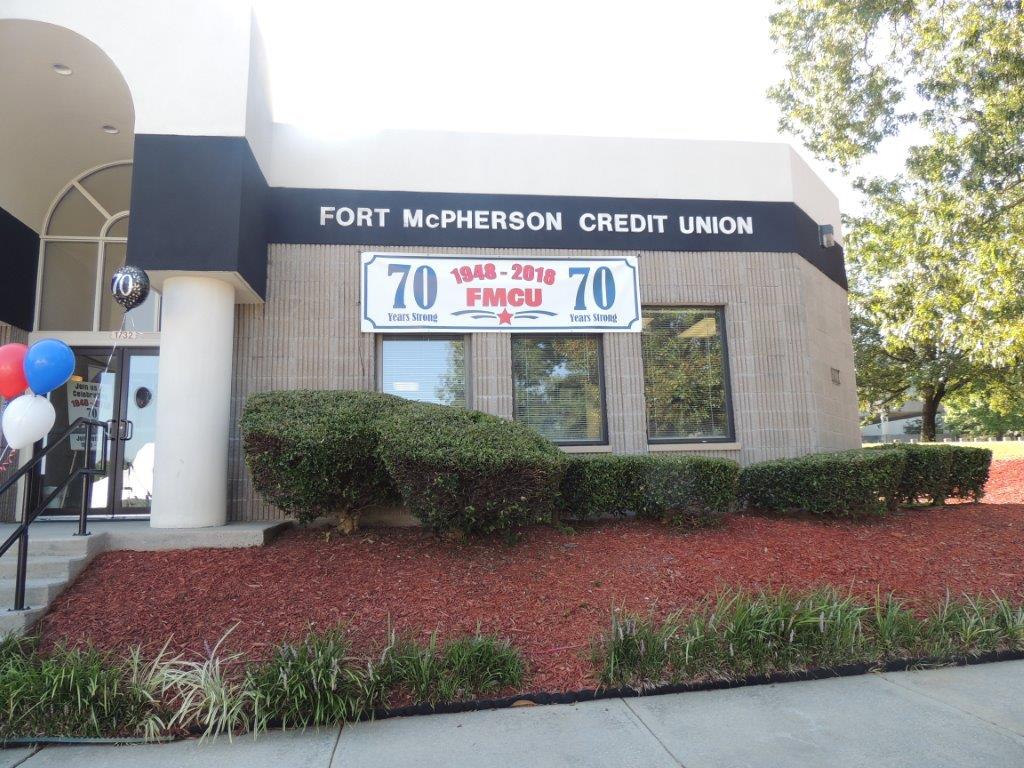 “I’m so happy we’re getting to 70 years,” said Fort McPherson Credit Union Board Chairman Norman LaBrecque. “I think it’s a tribute to the people who work here and really believe in the credit union. The staff has a commitment to serving members and trying to improve financial situations. They never lose sight of serving those members.”

FMCU opened in 1948, after a group of civilians working at Fort McPherson gathered money into a cigar box to begin their own credit union. In the years that followed, the credit union quickly became a staple of the community.

In 2011, the closing of Fort McPherson by the U.S. Army threatened the existence of the credit union — but, thanks to dedicated employees as well as mergers with The East Point Municipal Employees Credit Union and the MARTA Employee Federal Credit Union in 2002 and 2007, respectively, Fort McPherson Credit Union remained open long after the post closed.

“It’s been a really interesting evolution. The closure process took away our primary sponsor: the Army,” LaBrecque said. “For us to still be going nearly seven years later and to still be healthy is incredibly remarkable.”

Attendees celebrated FMCU’s remarkable journey at the July 26 event with hamburgers, hot dogs and a recount of the credit union’s history. They also participated in drawings for cash, Braves Tickets and a 70-in flat screen TV.

“Members and family commented very favorably on the event and many stayed to catch up on old acquaintances or reminisce,” LaBrecque said. “The event was so well received that the FMCU Board is considering making this an annual event going forward. The Board and staff would like to thank the sponsors and members for their part in making this a most successful event.”