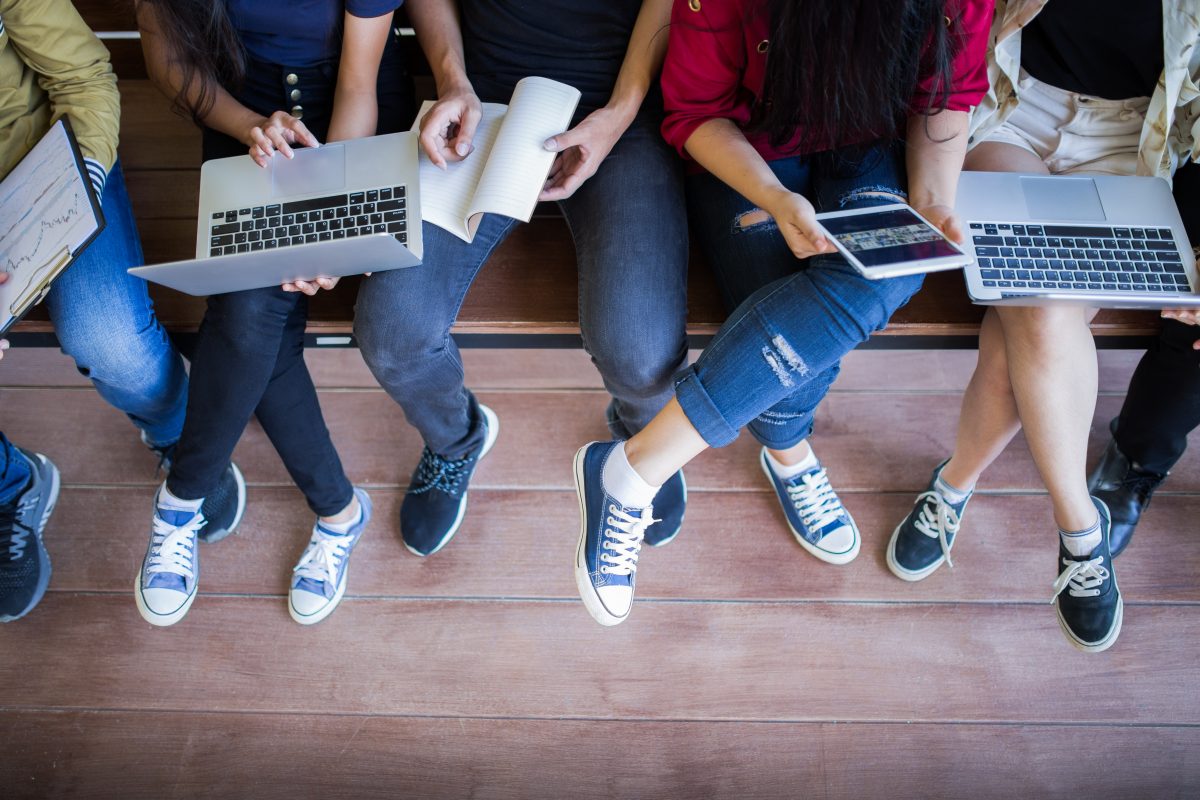 Georgia United Credit Union recently announced the four winners of the $27,500 in scholarships it awarded this year.

The scholarship money was awarded to four high school seniors through scholarships named for the credit union’s founder Vernon E. Carne and notable board members Geraldine Tilson, Dorthy Dusenberry Pirkle and Polly Hinde. This year’s recipients were chosen based on a video competition with consideration given to academic accomplishments, leadership and participation in both school and community activities.

Here are the winners:

Jamila Pellum won $10,000 through the Vernon E. Carne scholarship. Pellum is a senior at Fayette County High School who participates in various academic and community service organizations. She serves as Parliamentarian of the National Honor Society, Vice President of the National Beta Club and is a member of both the National Spanish Honor Society and the Science National Honor Society. Pellum is a Georgia Merit Scholar, AP Scholar, High Honors recipient and has served as a Junior Marshal. In addition to her academic accolades, she is also a member of the top chorus at Fayette County High School and participated in the District VI Honor Chorus. She is the daughter of Reginald and Chryl Foster and Frederick Pellum, Jr. Pellum plans to attend The University of Alabama at Birmingham to major in nursing.

Alisha Zamore won a $7,500 scholarship. Zamore is a senior at McIntosh High School in Peachtree City. She is an active musician in the Atlanta Symphony Youth Orchestra, Atlanta Youth Wind Symphony, Southern Crescent Symphony Orchestra and the Atlanta Symphony Orchestra’s Talent Development Program. Last year, her Mozart Clarinet Quintet won first place at the first annual Franlkin Pond Chamber Music competition. This summer, she will be joining the National Youth Orchestra on their performance at Carnegie Hall and tour of China, South Korea and Taiwan. Zamore is the daughter of Lector and Jackie Zamore.

Jessica Stevens won $5,000 through the Dorothy Dusenberry scholarship. Stevens is a home-school student from Cumming and is dual-enrolled at Kennesaw State University in the Honors Program whre she has been named to the Dean’s List. She is a member of the district honor band and district honor chorus this year. She is also a member of the Eta Sigma Alpha National Honor Society. Each summer, Stevens serves as a family partner volunteer with Lighthouse Family retreat. She also serves as a preschool childcare volunteer at her church, a student leadership coalition volunteer at her fine arts school, a service project volunteer with her national honor society and as a volunteer each summer at vacation Bible school. Stevens is the daughter of Rich and Diane Stevens. She plans o attend Kennesaw Stat University in the fall and major in architecture.

Kathryn Madden won $5,000 through the Polly Hinde scholarship.  Madden is a senior at South Forsyth High School. She is vice president fo the National Honor Society, competes in DECA marketing competitions and volunteers with special needs students. Madden is also a part of the MD junior club, serves as an ambassador to incoming freshmen students and runs on the cross country team. Outside of school, she volunters at church, spends time with friends and family and plays as well as watches sports. Madden is the daughter of Brian and Elisabeth Madden. She plans to attend the University of Georgia where she will major in Human Development and Family Science, with a pre-nursing intent.