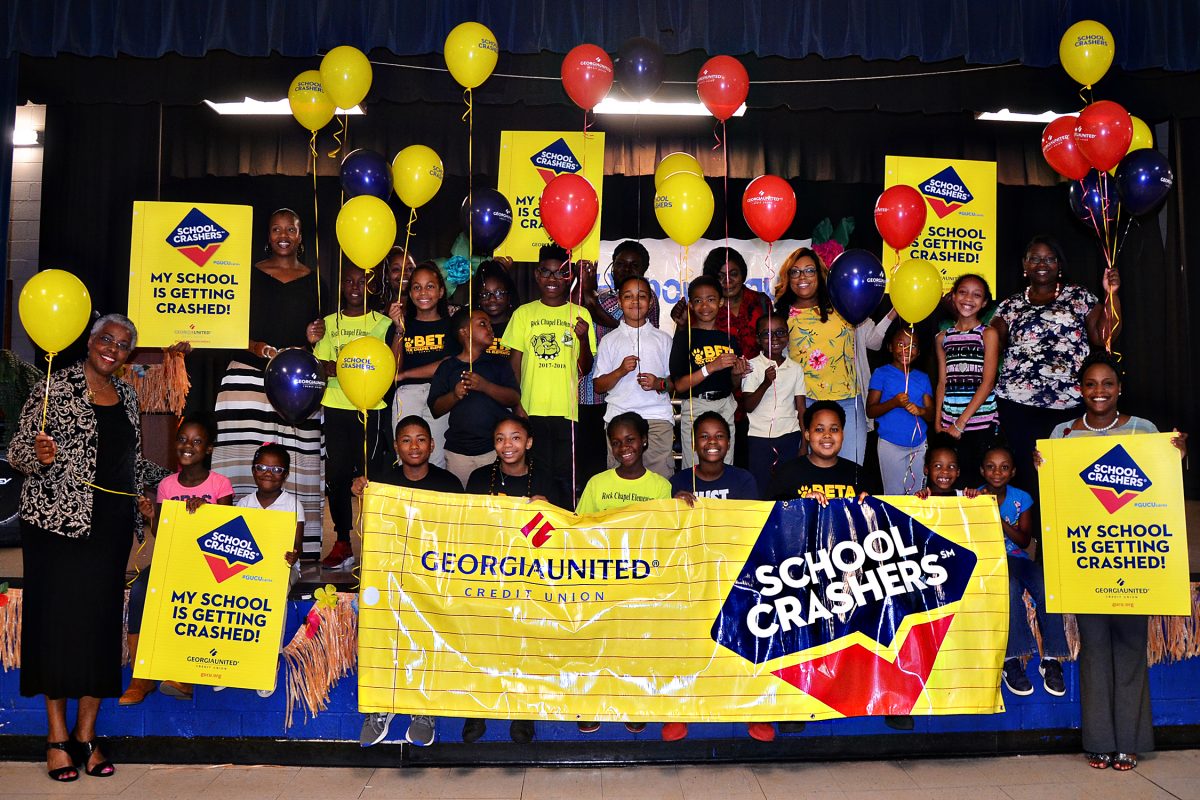 Georgia United opened nominations for School Crashers program nominations to all accredited K-12 schools in Georgia. Interested schools were required to include a photograph along with a 250-word statement explaining why their school should receive a makeover.

This year’s winners are Title 1 schools withcompelling needs that are not typically met through school system SPLOST or capital improvement programs.

Grand prize winning Rock Chapel Elementary School was nominated by first-year principal Ms. Lisa Green. The school, located at 1130 Rock Chapel Road, originated in 1825 as a one-room log house before being reestablished in 1940 at its current location. The school’s 540 students and 90 faculty and staff members will receive multiple improvements to their learning environment on July 20 and July 21, before the new school year begins in August.

In addition to Rock Chapel’s makeover, three schools will receive mini-makeovers to their facilities. Enhancements are planned for the playground areas and will include safe areas for children with special needs. Georgia United partner MOHAWK has also awarded four schools with carpet grants, giving the schools new carpet in their media centers.

“The school crashers program brings together communities to support their local schools,” said Shawn Turpin, Georgia United’s executive vice president of Sales and Service. “Over the last four years, School Crashers has provided 25 makeovers with improvement valued in excess of $800,000. We look forward to our fifth year of serving our local communities by improving school facilities for the youth of today.”

The schools will work with Georgia united this summer to complete their improvement projects. For more about volunteering or donating supplies, visit gucu.org/schoolcrashers after June 1.

Below are the winners and the improvements they’ll receive:

Coker Elementary in Chatsworth – 700 students – Won improvements to the playground